HBG Holding is a major actor on the Tunisian Automotive scene through :

HBG became the official importer of KIA vehicles in Tunisia, in December 2012, right after the acquisition of the company City Cars, distributor of KIA MOTORS in Tunisia.

One highly ambitious program of development and network extension was initiated since the launch of KIA in Tunisia in 2009. KIA MOTORS counts today 12 KIA centers covering the entire Tunisian soil (headquarter and 11 official agencies).

The new KIA agency in Tunisia is situated in an easily accessible area with a great potential and a high level of visibility (3S: Sales, Services, Spare Parts). This agency has been operational since April 2016.

Since November 2013, the City Cars company is listed on the stock market. 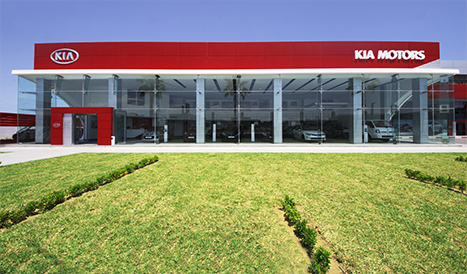 At the end of the year 2014 and through its affiliated company, Japanese Motors Company – JMC, HBG signed a contract to import and distribute HONDA vehicles in Tunisia.

The launch of HONDA in Tunisia was carried out during the month of June 2016 at the headquarters of the company housing the showroom and the after-sales services agency in La Marsa (“Route de Gammarth”).

A wide and diversified range is offered by JMC which includes the major models of the Honda vehicles commercialized around the world, namely: BRIO, CITY, CIVIC, ACCORD, HRV and CRV. 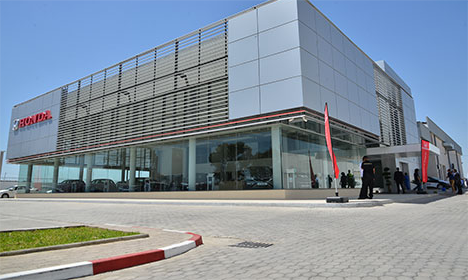 Introduction of the HONDA brand in Tunisia

Auto Services Tunisia – AST subsidiary of the HBG group since 2014, was franchised in Tunisia of the brand SPEEDY, specialized in the rapid maintenance of vehicles of all brands as well as selling car accessories.

In 2013, AST contracted a partnership with TOTAL to develop Speedy centers at TOTAL stations.
To date, AST counts 4 centers at:

AST intends to expand and develop its network covering the entire territory over the next few years. 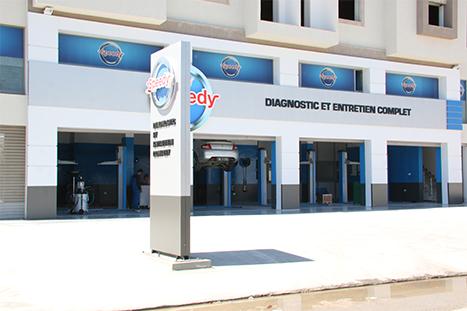